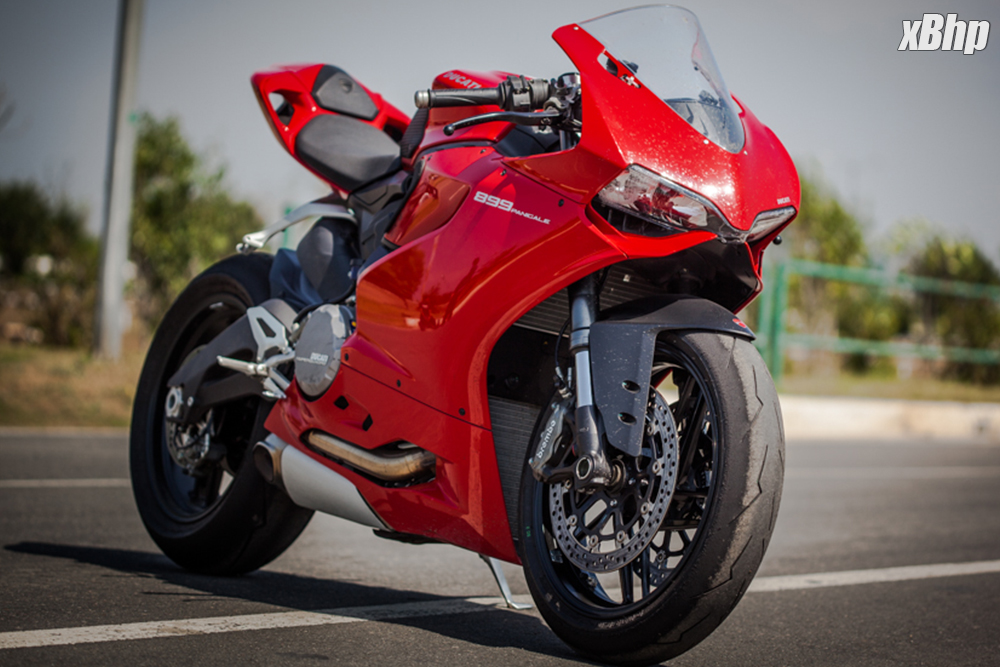 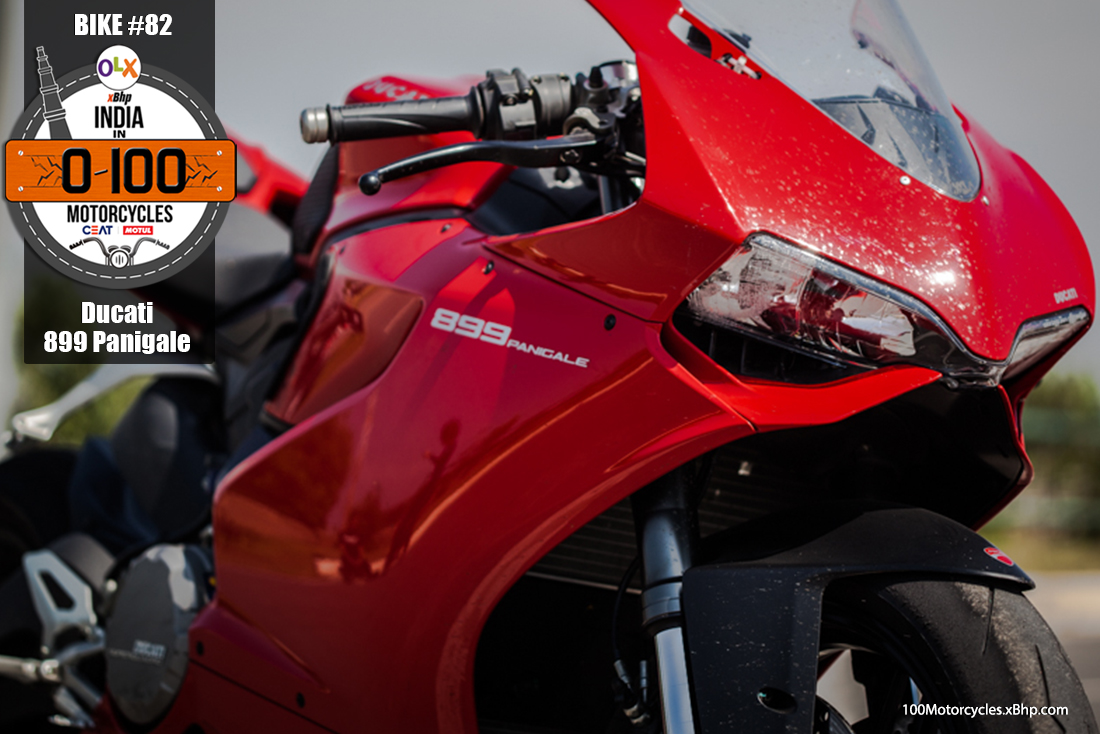 Thinning the boundary between a Supersport and a Superbike, that’s exactly what Ducati did with their ultra magnetic Panigale 899 (and now the Panigale 959). But Ducati isn’t the only one who has done this, Suzuki has long been making the GSX-R750 which is regarded as the motorcycle having a perfect combination of Superbike like power with the agility of a Supersport. 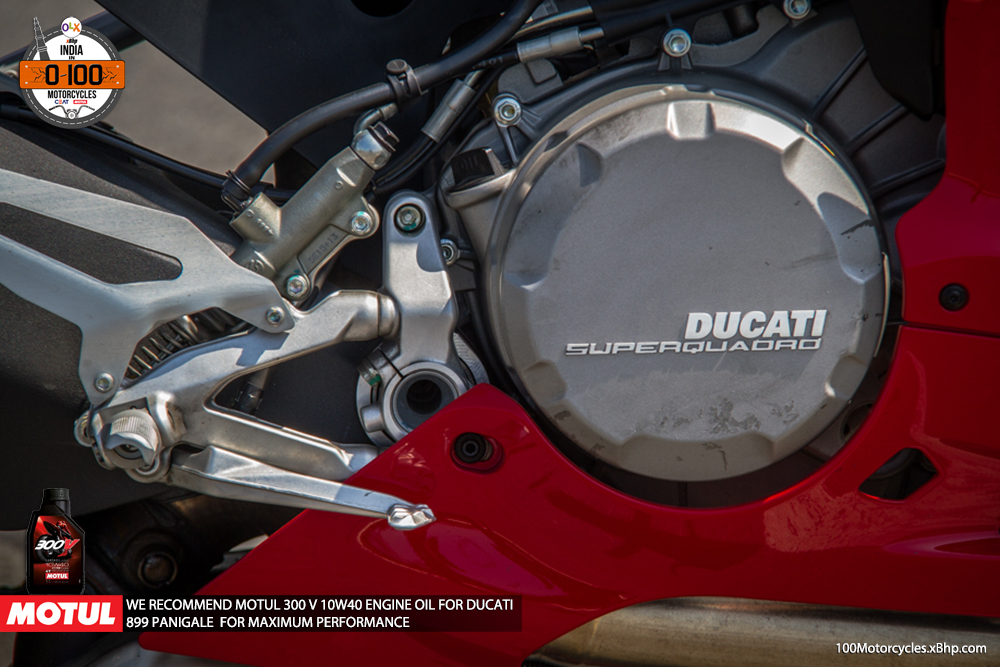 When it comes to making motorcycles for people, things become different than racing. Categories that are always clearly defined in racing, as per the cubic capacities, become broader and broader outside of the track. And this is something which has become increasingly apparent over the last 10 years. 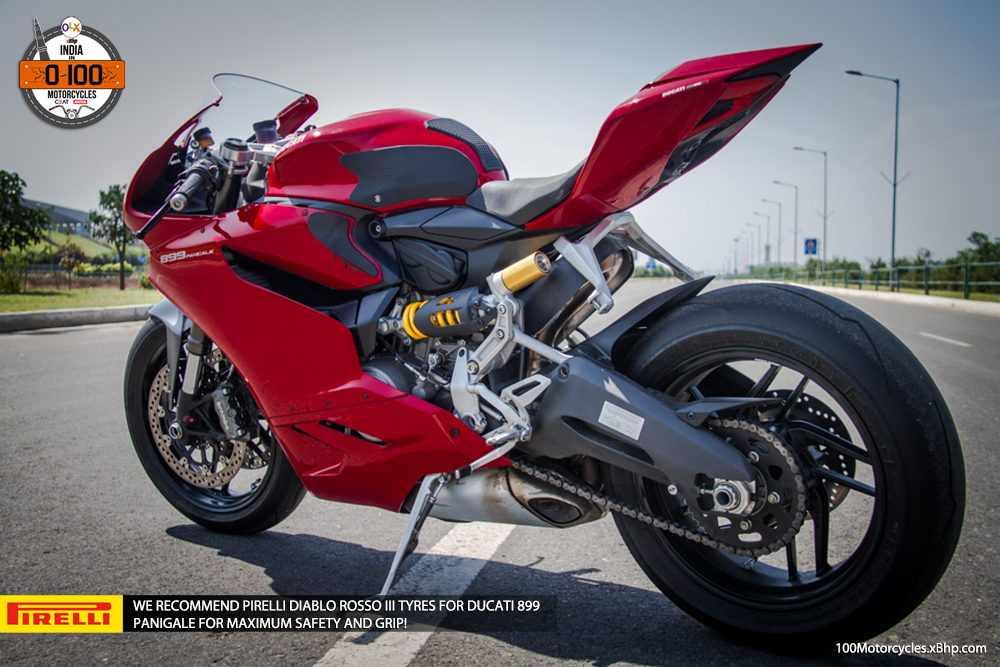 Many people out there looking to buy a motorcycle won’t mind what segment it falls into as long as it satisfies their requirements. And manufacturers understand that and try their best to come out with offerings that have the best mix of elements that more than one segment has to offer. This means categorizing motorcycles become rather confusing at times. 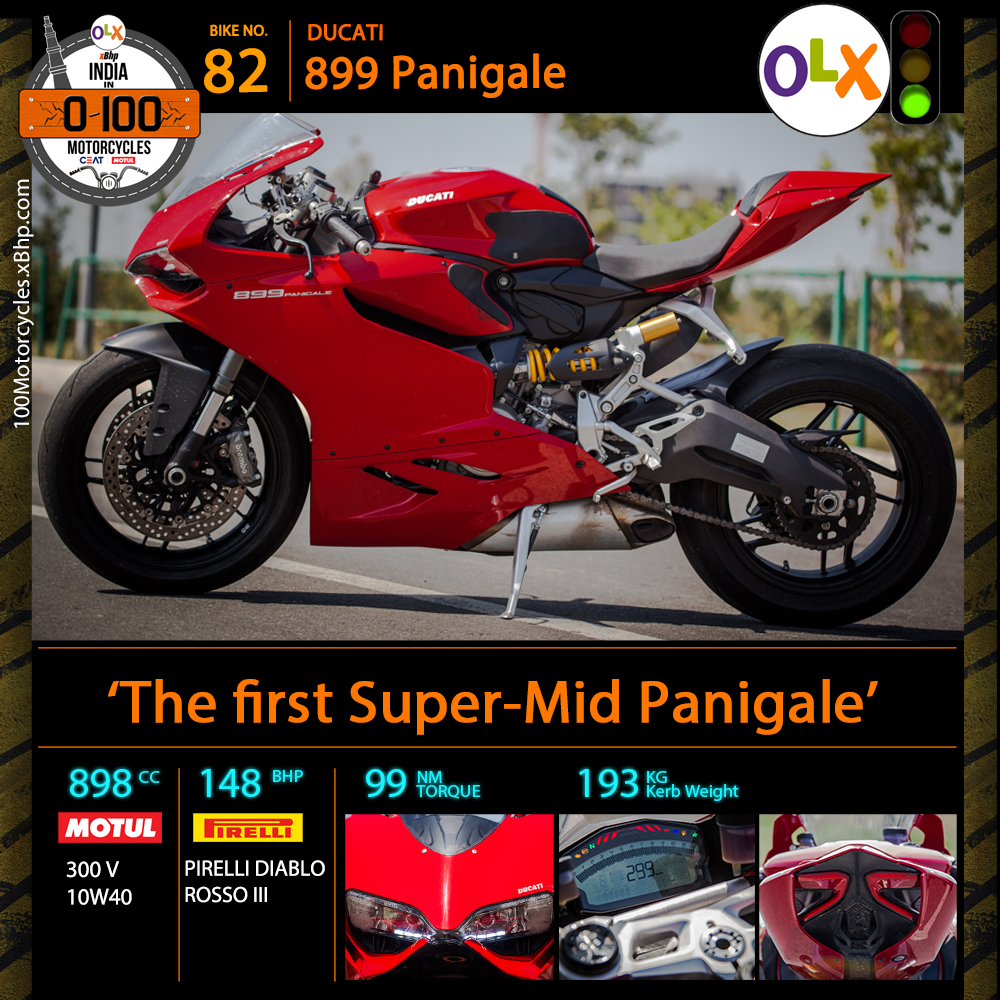 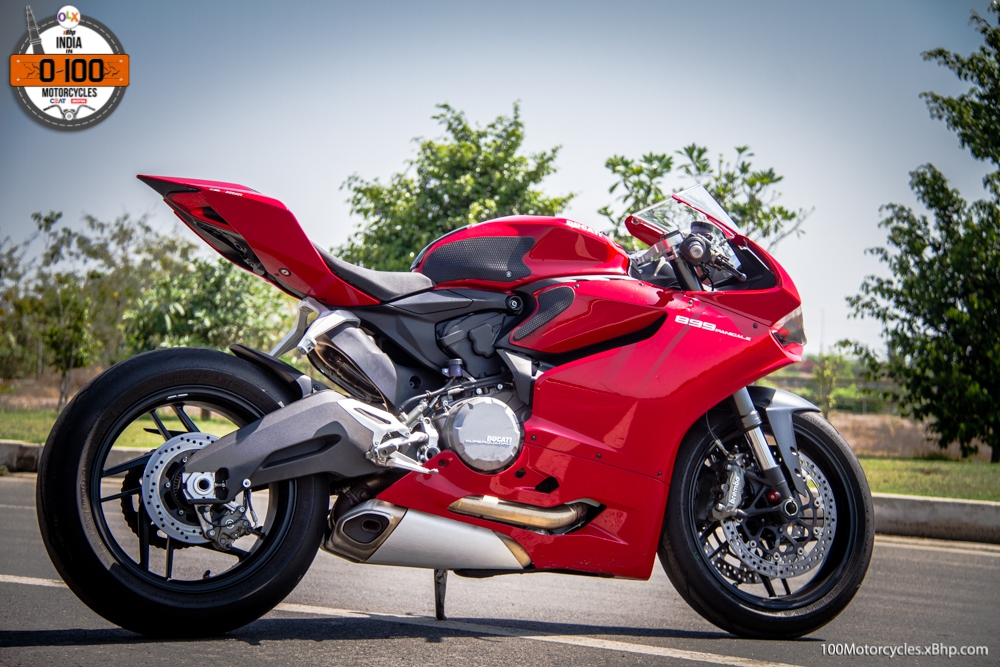 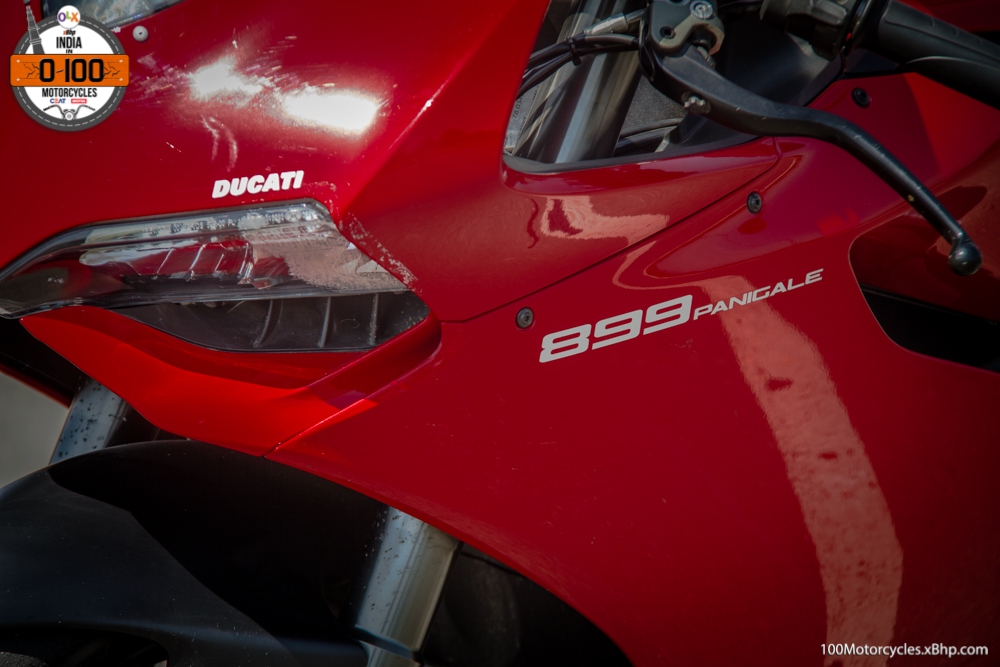 Ducati’s Panigale 899 is that kind. It is clearly out of the Supersport (600cc) segment with that 898cc engine, however, this also means it is not a Superbike either. It is somewhere in the middle. Today, the 899 has been succeeded by the Panigale 959, but even before that, the 899 was considered one of the best compromises between a 1000cc litre-class and a 600cc sportbike. It produces 148 BHP at 10,750 RPM and 99 NM of torque at 9,000 RPM while weighing an impressive 193 kg ready-to-ride. 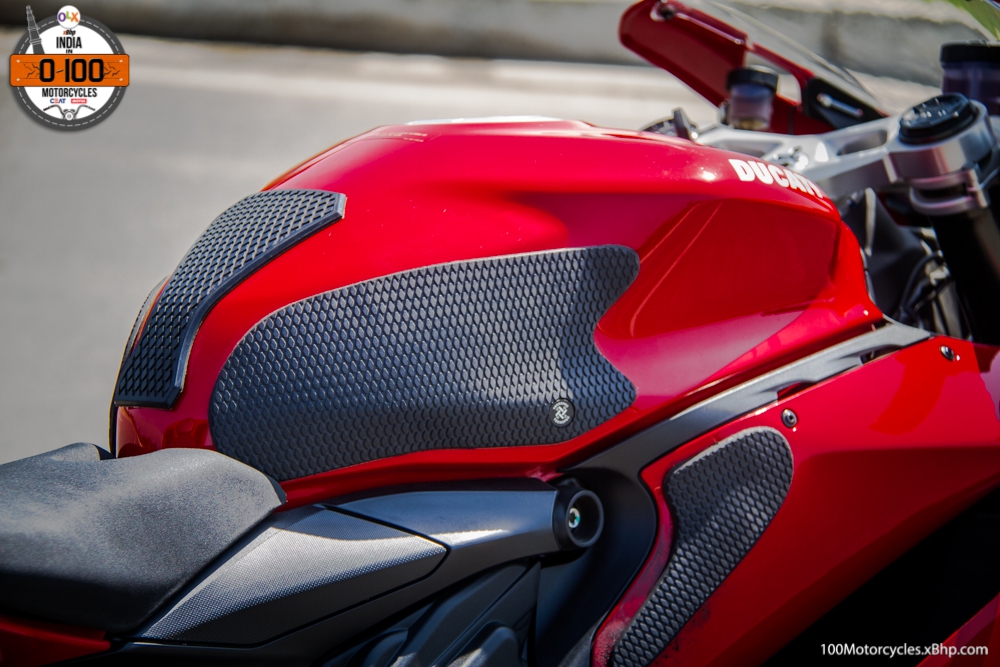 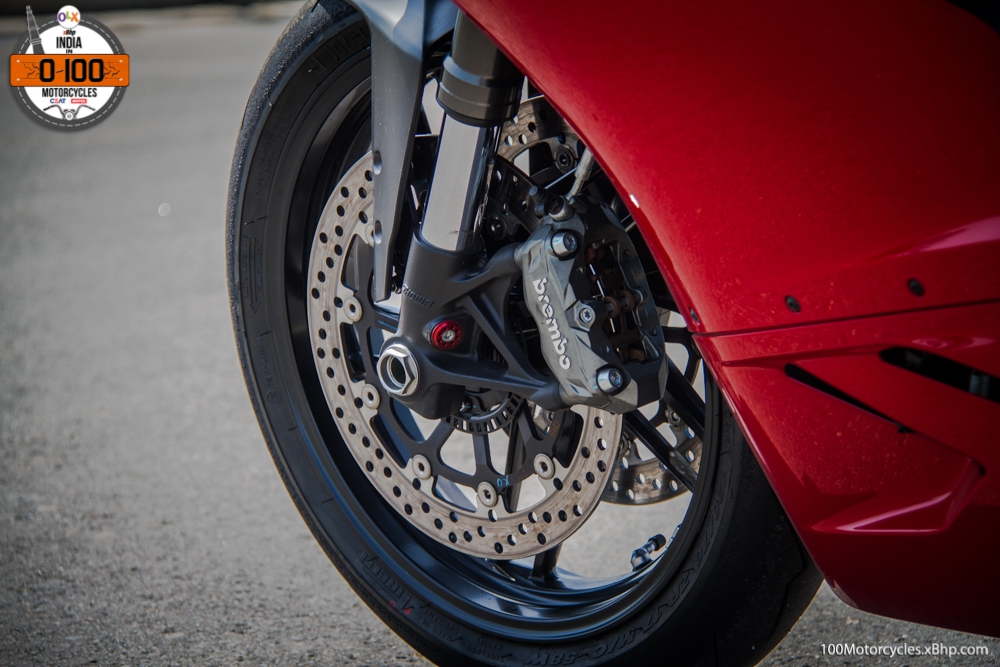 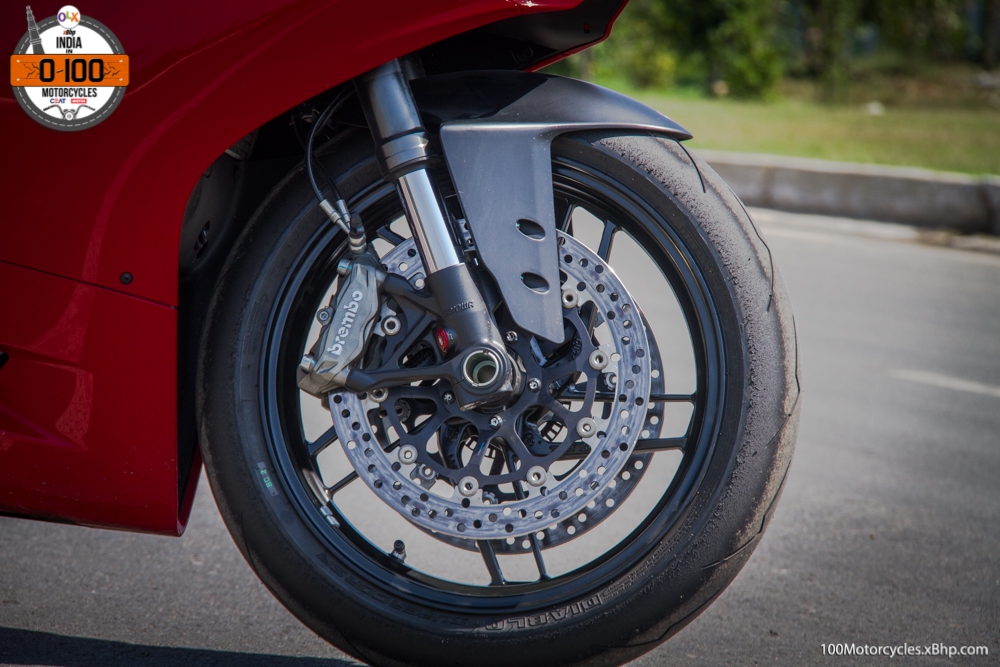 Launched in 2013, the Panigale 899 is one of the most successful motorcycles to ever come out from Italy. It is based on Ducati’s new approach towards designing minimal chassis and making the engine a core member of it. Unsurprisingly, the company has picked up this philosophy from their previous generation MotoGP race bike. The Panigale lineup is entirely different from any full-faired sportbike that Ducati has ever put into production. From the liquid-cooled L-twin engine to the design and to the chassis, everything has broken company traditions. 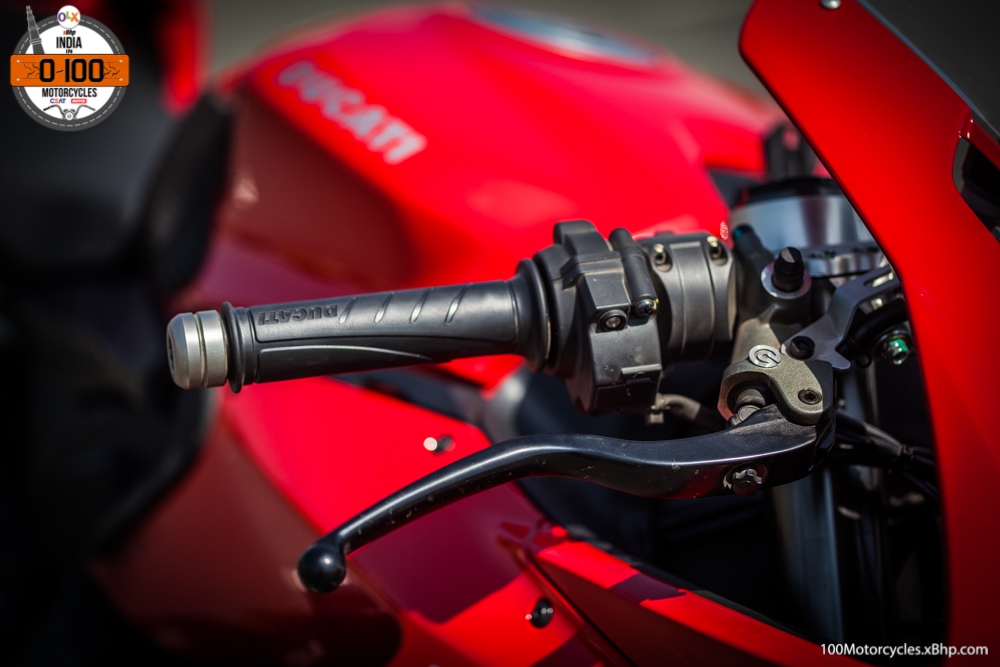 The entire frame (main and sub) is made of cast-aluminium and is minimalistic in design and mass. It integrates the air-box, fuel circuitry and the steering head at the front. The engine is the core part of the main frame and acts as the frame itself. The rear sub-frame connects directly at the head of the rear cylinder. This makes for exceedingly compact dimensions and helps in keeping the overall weight low. Then there’s the liquid-cooled engine giving a totally new dimension to Ducati’s middle-weight sportbikes. It is easily one of the best motorcycles that Ducati made. 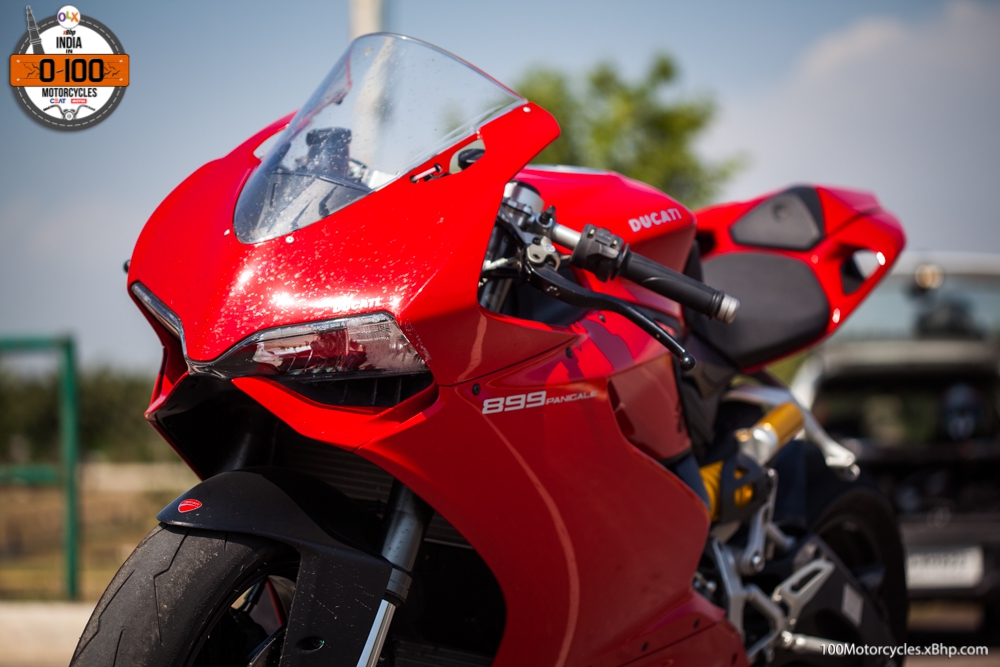 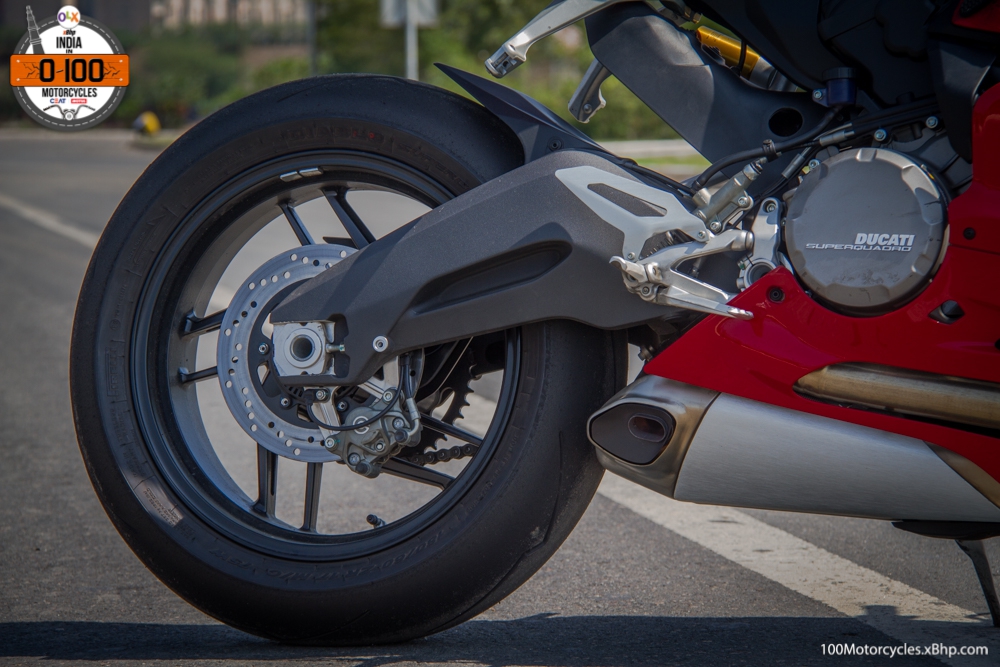 Even though it can’t compete in World Supersport and World Superbike championships, the 899 has been hugely successful in the market. The biggest reason for that it is one of the best compromises between a 600cc Supersport and a 1000cc Superbike. For experienced riders, the power is more manageable and it is very much capable of rubbing shoulders with the faster sportbikes on the road. 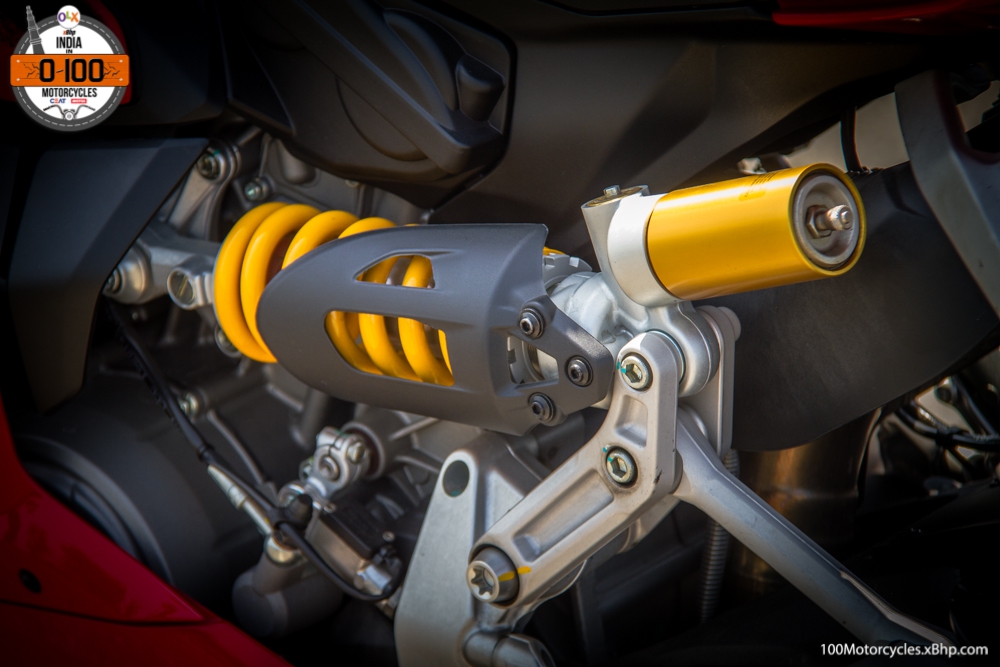 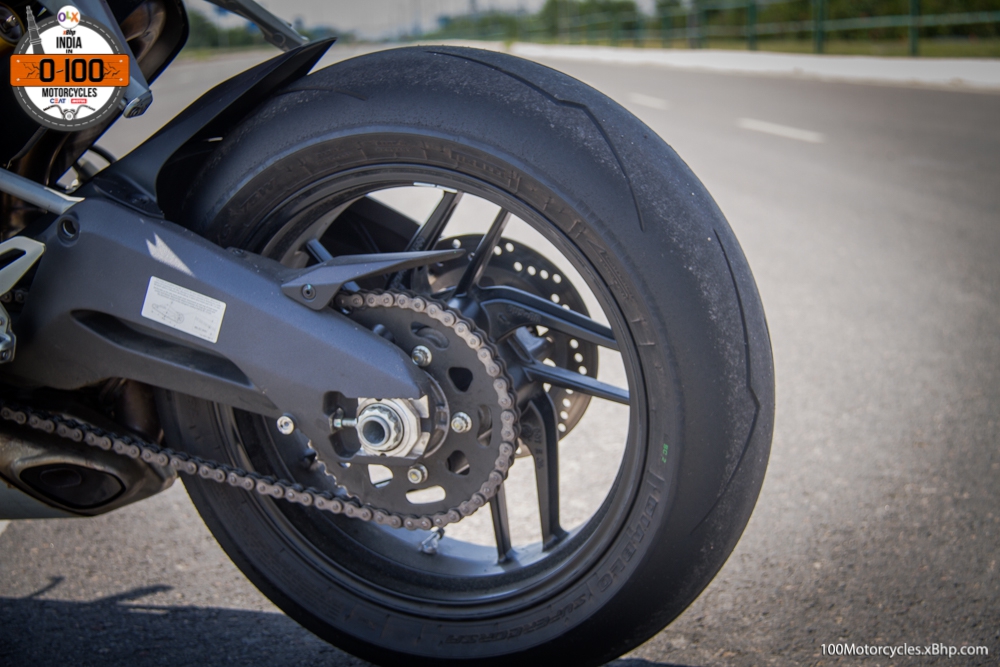 Ducati now has a successor of the 899 which is the 959 Panigale. The 899 can’t be found in showrooms anymore and for anyone who would still like to have one will have to look it up on OLX as a second-hand bike. 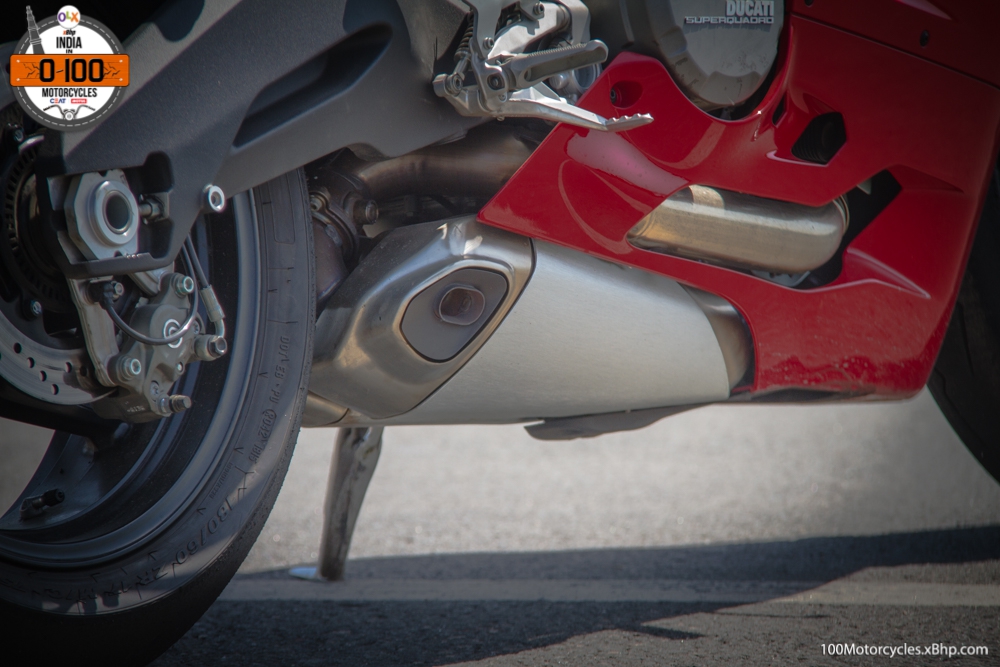 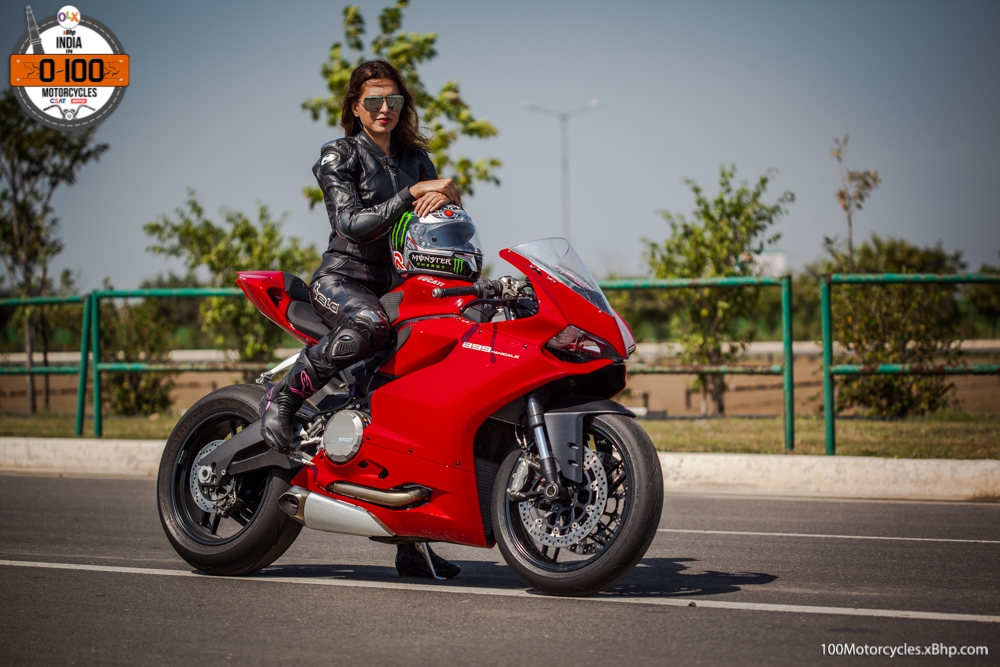 We would also like to thank Dr. Neharika Yadav for her time and letting us spend some enjoyable moments with her motorcycle, the 899 Panigale.