78DSK Benelli TNT 899 - Still looks as futuristic as ever! 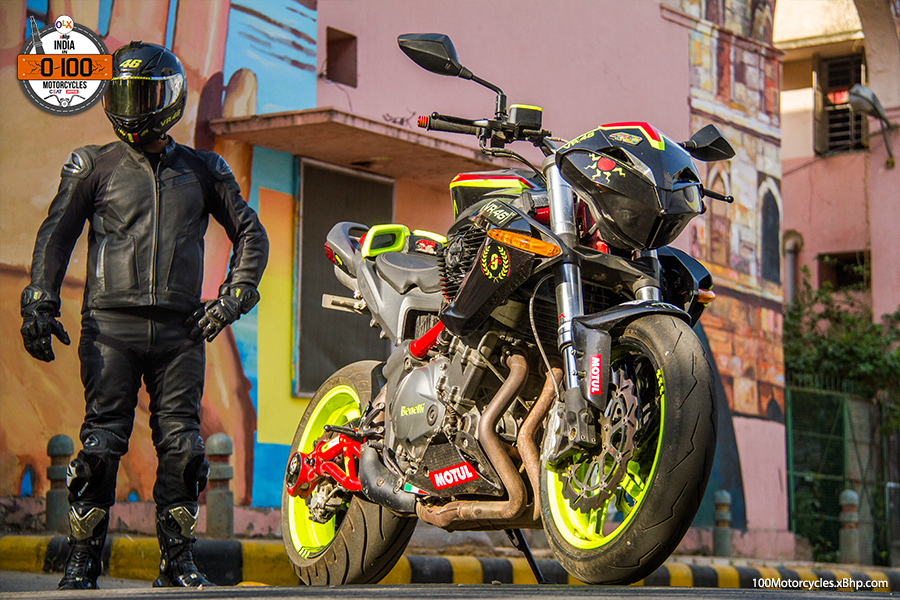 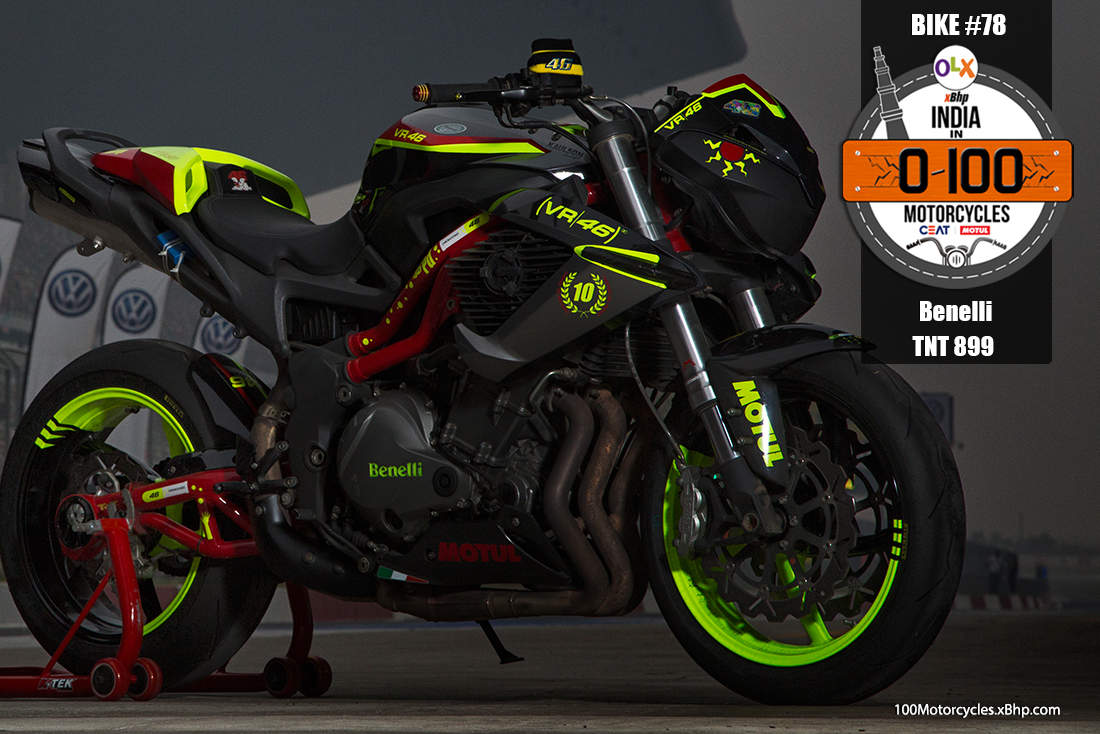 Benelli is one of the oldest Italian motorcycle manufacturers established in 1911. They have been making motorcycles since then, although, they also made shotguns! 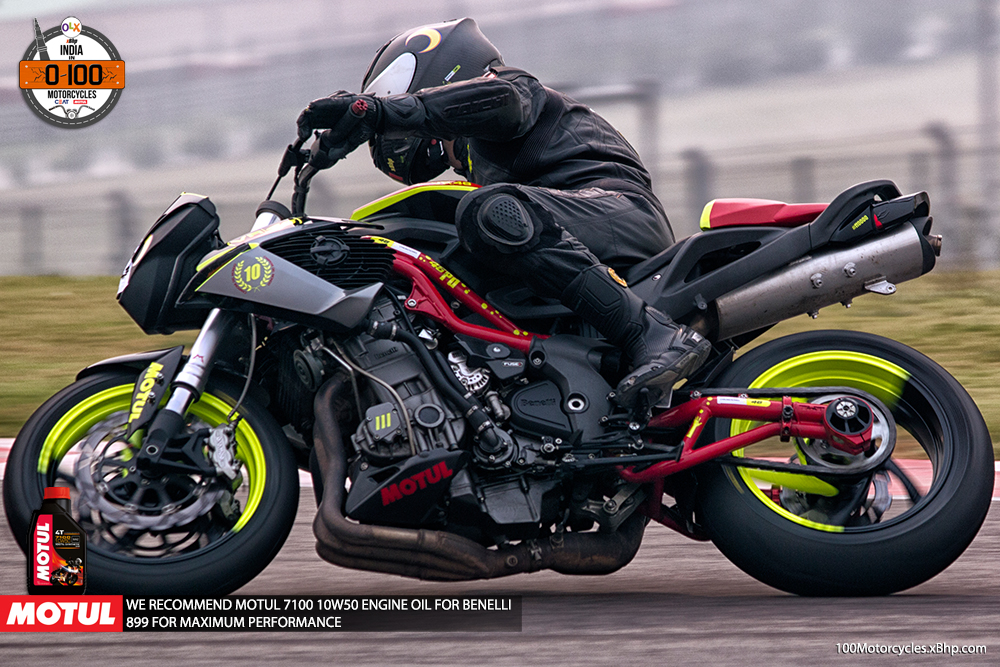 Given the longevity of the company it wouldnâ€™t be really out-of-place to assume that it is a very successful brand, but the reality is a little bit different. The Italian company has had its fair share of troubles with various ownerships through the years that didnâ€™t really enable it to reach the desired levels of success. However, Benelli did hard to produce some very interesting sportbikes with designs simply ahead of their times and features that were literally not found in any other production motorcycle. 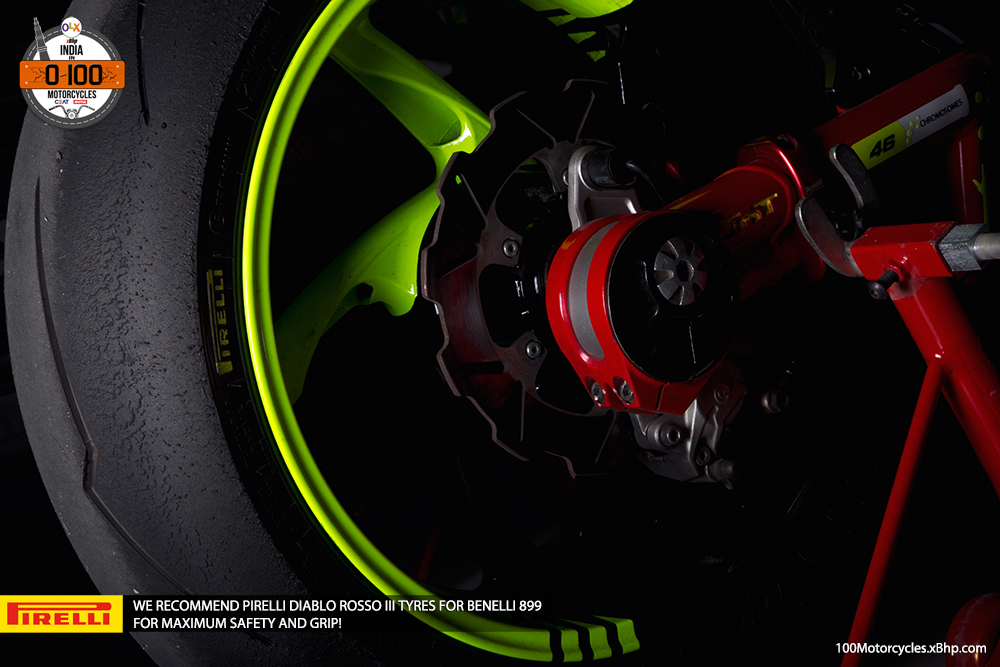 For example, the Tornado Tre Superbikes had the radiator fitted under the rear seat and the radiator fans that could be seen clearly from the back. From a distance, they looked like a pair of under seat exhausts. Incredible! Who would think of that? 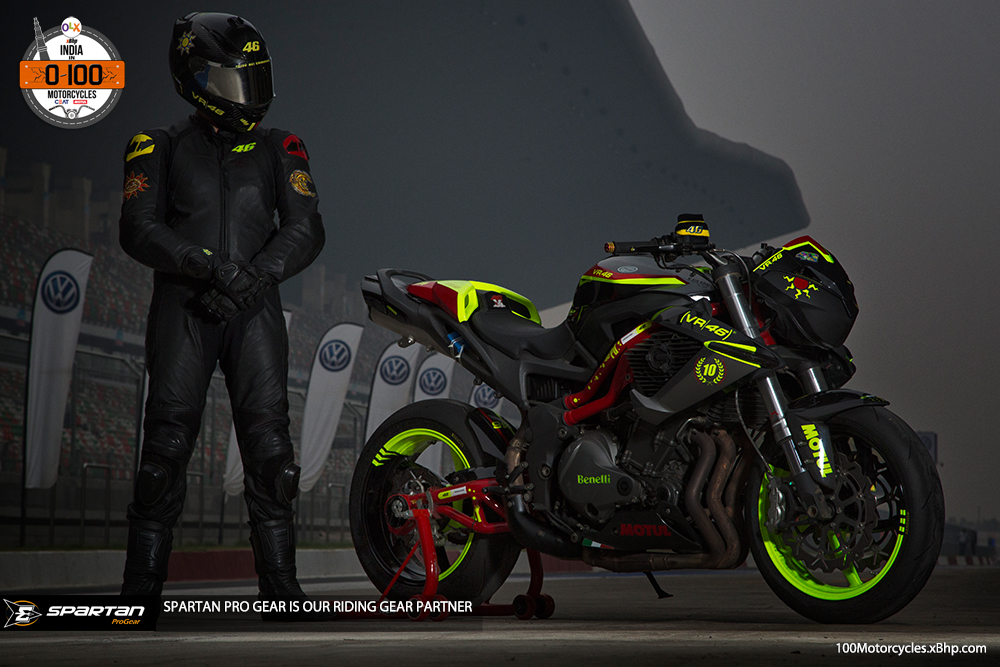 However, design wise, it wasnâ€™t the most radical thing that Benelli had made. For that, we will have to look at the less streamlined Benelli, the one which exposes more flesh than the Tornado and comes with the TNT moniker.

We actually also raced the Benelli TNT 899 and the 1130 at the Buddh International Circuit in the 1000CC superbike category and it performed quite well! 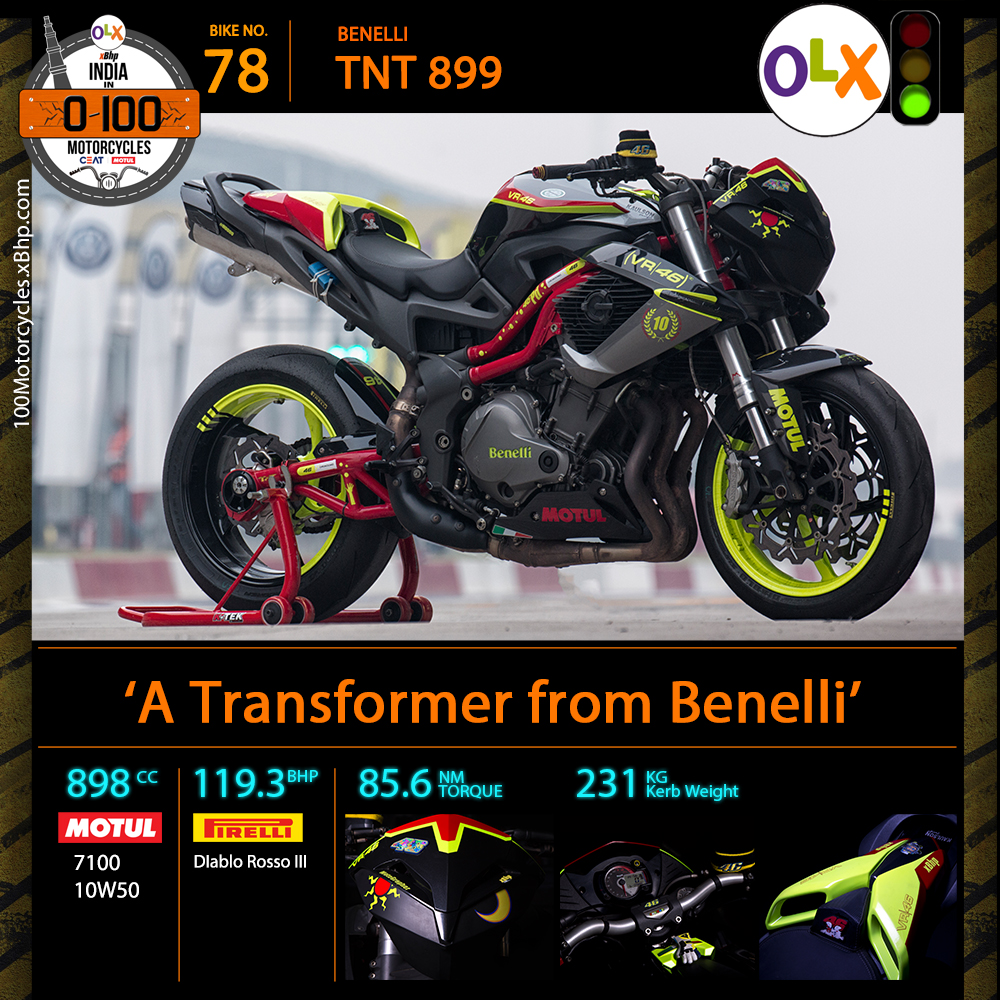 TNT â€“ Tornado Naked Tre â€“ are the naked or the streetfighter motorcycles from the Benelli stable. And for the uninitiated, â€˜Treâ€™ means â€˜Threeâ€™ (in Italian) for the inline 3-cylinder engines found in the Tornado Tre 1130 and the TNT 1130 and the TNT 899.

Today, under the ownership of the Chinese motor group Qianjiang, Benelli is looking to make a statement in various markets.

Since the companyâ€™s entrance into India, it has left majorly no stone unturned to get itself noticed and become a prominent player in our market. While it is not easy to compete against the more established and successful brands, Benelli has done quite well so far and offers six motorcycles from the 250cc to the 1131cc. 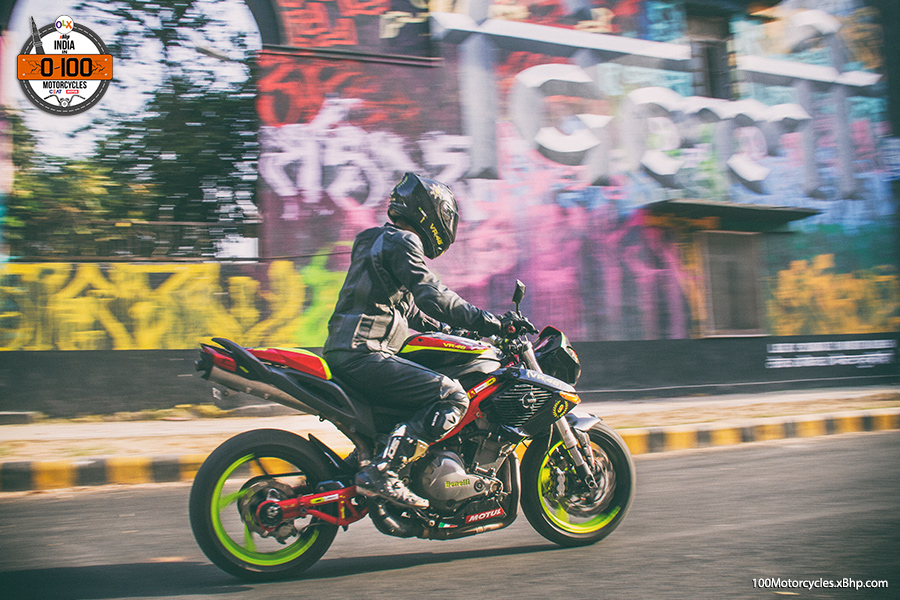 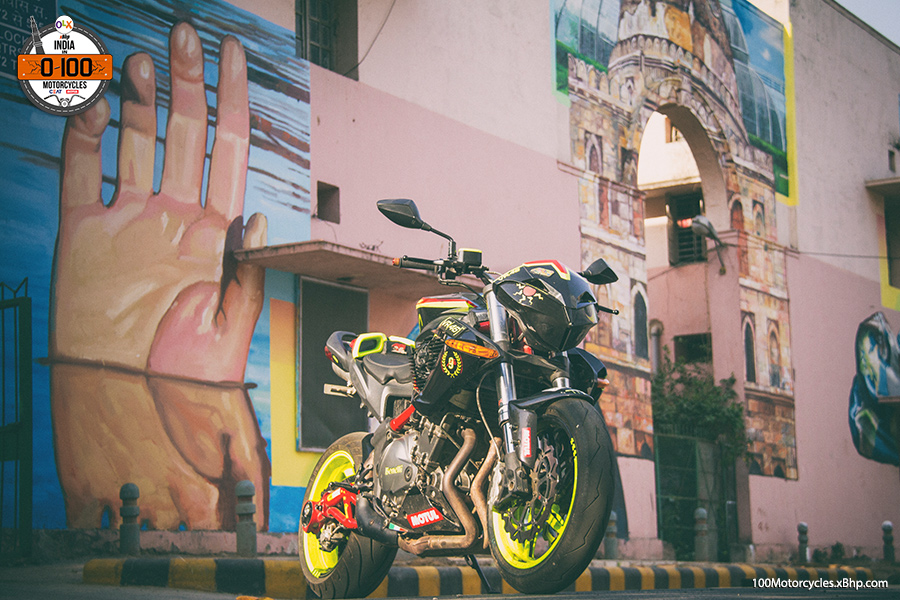 The headlight has a sort of a diamond-like shape and it looks like a face of a humanoid. Frankly, that is enough to give it a personality. But the rest of the motorcycle carries the same design language throughout. The fuel tank is substantial and sharp enough but not overly edgy and the tank shrouds house the radiators. The seat is well-padded but a bit slim.

What adds to the TNTâ€™s looks is the twin-tube steel frame and the similarly manufactured swing-arm and they are both finished in bright red colour. The swing-arm, particularly, is quite unconventional. The rear sub-frame further adds to the fleshy design of the motorcycle. The 3-into-1 under seat exhaust might tell something about the not so low centre of gravity. Italians are known for their design and the TNT 899 isnâ€™t short of that. The fit and finish of parts are good but clearly, it is not as good as that of a Ducati for instance. Overall, it is an interesting looking motorcycle.

At the front, thereâ€™s a pair of Marzocchi upside-down forks along with twin-disc Brembo brakes. At the back, thereâ€™s a mono-shock with a single disc to assist the stopping duties. Thereâ€™s no ABS on offer and that is one of the biggest downfalls of the motorcycle today. ABS is the most basic safety feature which is now available in most motorcycles and the TNT 899 doesnâ€™t get that. 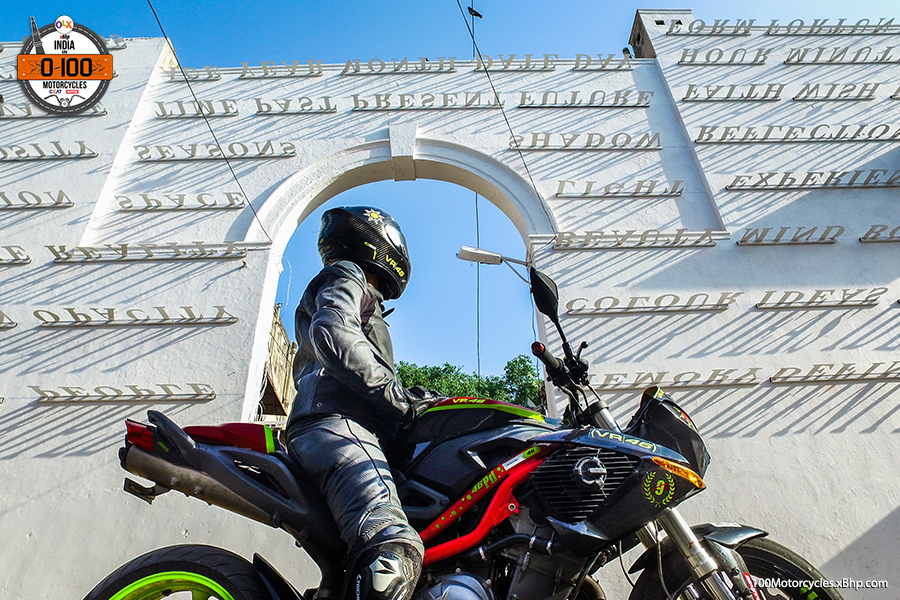 The 898cc inline 3 engine is quite smooth and generates a nice inline-cylinder hum, however, thereâ€™s a lot of mechanical noise at idle and lower revs at times. The seat height feels a bit tall for shorter riders but itâ€™s not intimidating at all and the ergonomics are not bad for city riding at least. Handling is predictable but tight U-turns can be a bit tricky at times at very low speeds and since thereâ€™s no ABS, braking on not-so-perfect surfaces require lots of concentration.

In corners, the TNT turns predictably but seemingly it is not in the league of, for instance, the Monster 821. Lack of development since its launch in 2008 is quite clear. It is like stuck in two worlds â€“ the design makes it look futuristic, otherwise, though, it is quite outdated. It needs to lighter first and foremost, then the under seat exhaust needs to go for better centre of gravity and pillion comfort. And no matter how cool it may look, it is long in the tooth and is begging for a styling upgrade as well along with a brand new engine.

This becomes continually apparent as you spend more time in the saddle. Yet, it is impressive that the TNT 899 still looks as futuristic as ever. The motorcycle hasnâ€™t lost its appeal at all as far as aesthetics are concerned and Benelli needs to be applauded for that. With all the trouble it has been through, this company which has its roots in Italy continues to produce some of the sharpest looking motorcycles. And with their rising popularity in India, which is again a very bit motorcycle market, we only wish that Benelli will come out with ever more stunning and cutting-edge motorcycles.